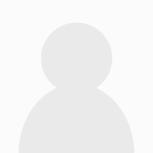 Luigi Crema has an expertise widely distributed in several domains and topics: from analytical and model analysis, to applied and experimental in the fields of 1. electronic design, 2.  control and monitoring strategies and tools, 3.  test management and realization, 4.  Project management. The expertise is distributed mainly in the domains of Energy (primarily field of actual expertise), Environmental Sciences and Engineering, through development of equipments - environmental, energy and medical sectors, industrial automation and processes, technologies applied to energy multi-generation and storage, resource assessment in Regional context). Such expertise has been verified directly in field along various years of experience in the general context of System Integration, in between research, innovation and technology transfer, both form the Academic and the Industrialpoints of view. Such work has been always performed with the overall intent of reciprocal personal growth combined with the extension of potential among the surrounding colleagues, the working groups and teams involved, project partners and people I’ve been in contact with.